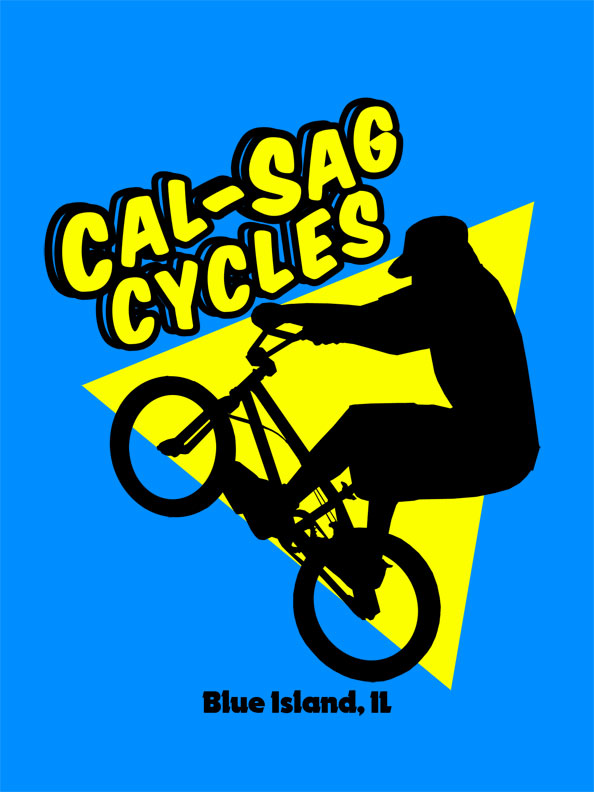 1. Cal-Sag Cycles created a one-day-only pop-up bicycle repair shop for anyone who wanted to get their bicycle in shape for the summer. "People lined up outside before the doors were opened," said Jennie Malysa, who donated the building space for the pop-ups. In all, 90 repaired bicycles left the shop, ready to hit the road. Cal-Sag Cycles, an Earn-a-Bike program, is helping local at-risk children learn skills that will encourage life-long cycling. As a part of a three-week program,15 children were each given a free Fuji bicycle and then were trained to ride it safely and maintain it properly.

2. 12840 Gallery, which has been a static window display since last December, moved into the open space on that Saturday only. The public was invited inside to more closely view works by Michelle Richardella, Amanda Kaliski, Alana Marcelle, Bernadette Welbourn, Lindsey Freres, and Juan P. Martinez. Coordinator Amanda Kaliski, is delighted with the caliber of artwork. "The 'window gallery' has attracted a lot of attention, but the pop-up has us all thinking about the great possibilities for art here in Blue Island." 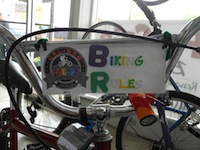 3. Bike-Craft spontaneously popped-up to tie both bikes and art together. Volunteers were on hand to help some 30 children and adults create original license plates for their bicycles.

"We were all so grateful for the helping hands that seemingly appeared out of nowhere," said Steve Buchtel of Friends of the Cal Sag Trail (FOCST). "Our many sponsors and volunteers are celebrated on the Cal-Sag Cycles web site." Read more...

Organizers of the Cal-Sag Cycles pop-up hope that more people will recognize Blue Island as a bike-friendly city. Walk Score has named Blue Island the 6th most walkable community in Illinois, with its easy connections to neighborhoods, shops and amenities, public parks, and transit.